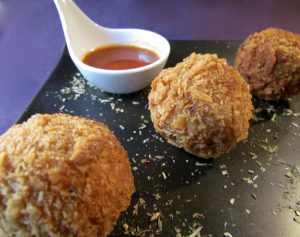 When I saw the Delicious Rice Balls during the Tyrian Lunar New Year’s Festival, all kinds of rice ball recipes were instantly going through my mind, Mochis, Onigiris and other types of mostly japanese treats. Way too many options to decide right away which one would be the best “Delicious Rice Ball” to cook up for this tyrian dish. When I made the risotto for last week’s post a couple of days later, I decided to put an end to the lottery ball machine bouncing rice balls through my head, go with my gut and turn the leftovers of the risotto into one of my favorite types of rice balls: Arancini.

I’ve got to admit: I always make too much risotto – no matter, which kind – intentionally. It’s either going to end up in a lunchbox for the next day or as Arancini as a snack the day after that. Arancini are a sicilian dish, basically fried rice croquettes. I had those during a childhood visit to Italy. They came sitting in some sort of thick and meaty tomato sauce (probably a ragù, but…I was 12, I really didn’t care), crispy on the outside and soft on the inside, just absolutely wonderful. Much later, when I learned that an easy way of making them is using 1 or 2 day old risotto, slightly dried up, I immediately went to work. So as promised last week, here’s my snack-version of a risotto-to-go, inspired by these: 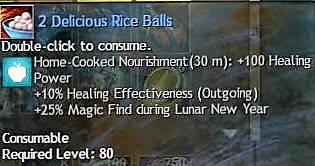 Arancini
200g leftover Risotto – it has to be dry enough to hold the shape you’re molding it into
2 Eggs, beaten
100g plain Flour
125g Panko Breadcrumbs
1 pinch each of Salt and Pepper
Mild Olive or Vegetable Oil for frying
Optional:
10 Mini Mozzarella Balls or Meatballs – if you’re making them for a picknick/buffet/party/anything other than eating them right away, I’d recommend either using meatballs or not filling them at all since mozzarella has a habit of going gnarly when it re-sets from being heated to it’s melting point. 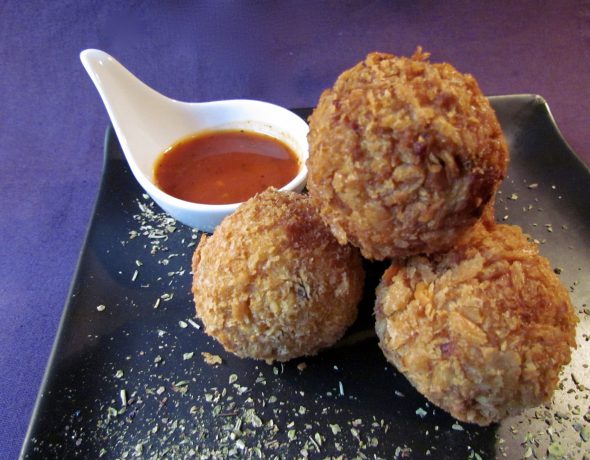 1) Prepare a construcion line with 3 bowls: 1 with salted and peppered flour, 1 with the beaten eggs and the last one holding the breadcrumbs.
2) Use your hands or clingfilm to firmly roll the risotto into 10 balls or cylinders.
3) If you’re using a filling, press the risotto around the cheese-/meatball until the filling is completely covered and tightly tucked in.
4) Leave the Arancini in the fridge to rest and set for at least 2 hours.
5) Fill a wide pan with 3 cm (or more, the Arancini should be submerged to about 2/3) olive oil and heat it up to about 170°C. To test the temperature, toss in a cube of bread – if it’s golden in 30 seconds, it’s hot enough. If it’s burned by that time…
6) First turn the Arancini in the flour to make the egg stick, then turn it in the eggwash to make the breadcrumbs stick, then turn it in the breadcrumbs until they’re covered evenly all around.
The last time I’ve made them, the risotto was still a bit on the wet side, so I skipped the flour and egg and covered them in what seemed like a truckload of panko crumbs. While that actually worked towards the crispy goal, the additional crumbs kind of soaked up and smothered a lot of the risotto’s seasoning. I gave the dipping sauce a little more oomph to even out the odds, but if we had taken them out for a picknick they would’ve been a disappointment. If you’re going down that road, make sure to adjust the seasoning of the risotto accordingly before going to town with the crumbs.
7) Fry them, turning them from time to time so they crisp up evenly, until they’re golden all around.
8) Once you take them out, set them onto paper towels to remove excess oil and to keep them crispy. Serve while they’re hot and enjoy! 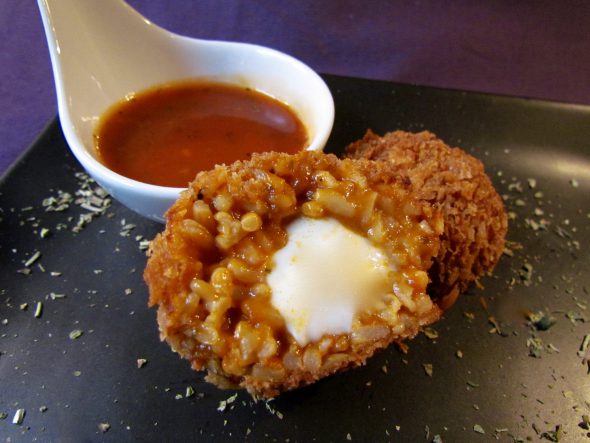 This also works perfectly with meatballs spiced along the lines of my Orrian Steak wrapped in leftover sushi rice! In case you want to doll them up a little, you could add some saffron threads to the oil, just enough to dye the coating orange – „arancina“ means „little orange“ – and use rosemary twigs and bay or orange leaves poked into the tops to dress them up as miniature versions of an orange. 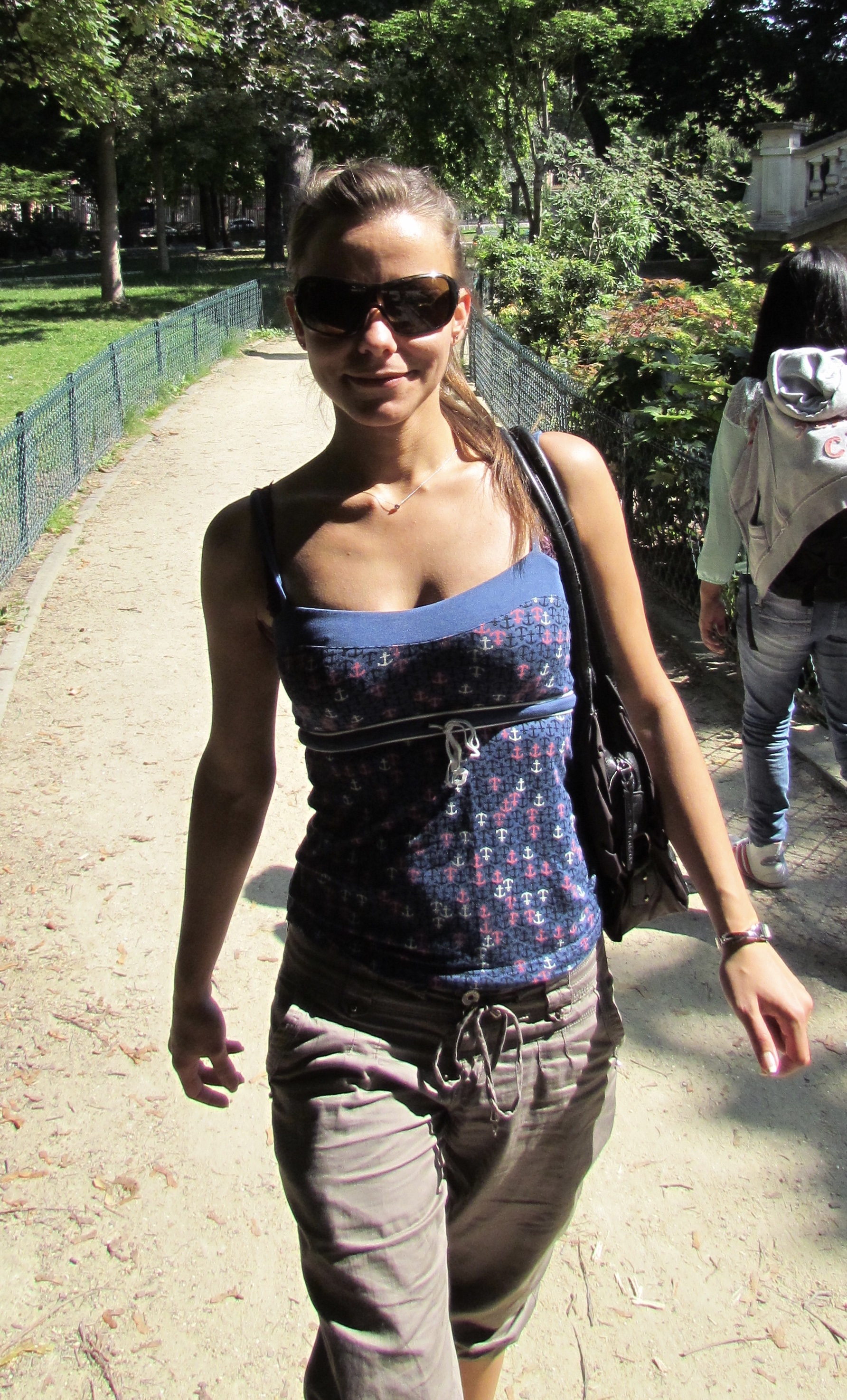